There’s never an easy path to affecting policy change whether we’re talking on the national, state, or local level. But among the tools available to give clarity to the conversation, economic contribution and economic impact analyses rank among the most widely used.

One industry association in particular has incorporated these analysis techniques to evaluate the economic significance of the brewing industry to the national and state economies. The Brewers Association regularly publishes their economic studies on craft brewing and shares the results alongside other lobbying tools to spread the word about the dynamism of brewing in the United States.

I recently had the great privilege to talk with Bart Watson, chief economist for the Brewers Association about what, among other tools, economic analyses can reveal about an industry and how his association has seen change as a result of publishing economic contribution and impact analyses. 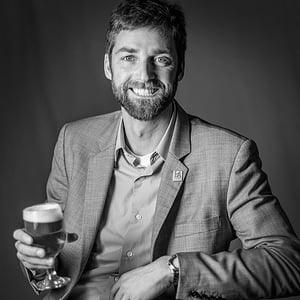 Bart holds a PhD from the University of California, Berkeley, where in addition to his dissertation, he completed a comprehensive survey of Bay Area brewpubs one pint at a time. You can follow him on Twitter @BrewersStats.

Tim French: When you’re working with a brewery and they’re aware of what an impact analysis can do, how do you guide them through the process?

Bart Watson: The first thing I point out to them is that there isn’t one right single way to do this. And that they need to understand what they really want to measure and what they’re trying to accomplish here is going to affect what their methodology looks like. To give a couple concrete examples of this, one of two questions I ask right off the bat for the brewing sector is ‘are we trying to quantify the impact of craft brewing in your state or just the producers in your state?’ Because as a national organization, when we do our economic impact analyses, we’re really looking at the impact of a national industry on a state. And for many states that’s great and that’s what they want too. For others, especially if they’re dealing with state legislators, they might want to zero in on what a state producer's impact is on a state. That’s kind of one key question, and then a second one is what’s the direct impact you want to look at; kind of the impact of the full three tiers, so let’s look at the brewing industry as brewer/distributor/retailer. Or do you really want to zero in just on the breweries that direct the piece? From there you can advise them on what sort of data they would need to gather, or what to do and so forth.

TF: What are some of the challenges that the brewing industry is facing that impact analysis can address?

BW: For small breweries—there are more than 6,000 breweries in the country now—It’s easy for a local lawmaker maybe to see the individual impact that a location has but telling that collective story, economic impact analyses are very useful for aggregating the little anecdotes and entering them into a more sophisticated analysis. I think it’s also useful to see those ripples. It’s kind of one of the reasons you do an economic impact analysis in the first place. People may understand that craft brewing is producing a lot of beer these days but seeing the impact on raw materials if you’re in one of those states—a barley state or a hops state—or seeing the further ripples in an economy like having all of these workers and paying them these wages tells a powerful story.

TF: How do you end up educating your members about the benefits of knowing the economic impact or contribution?

BW: It’s less specifically our members and more some of the state guilds. We use the analyses for federal work—as a national organization we’re primarily doing federal work. There’s now a brewers guild in every state in the country. They’re either using our numbers or commissioning their own. And that’s another thing to talk through with them, what’s the advantage of using our numbers versus doing an independent analysis? Basically that comes to a trade off. You might get a little more local media that’s going to cost you some money, whereas we’re happy to share ours for free. But we use it to tell a story and explain why this explosion of small breweries is good for the economy and why, then, there may be regulatory tweaks you want to make to help further this industry and reap more benefits.

TF: What advice do you have for economists in your situation who need to gather research and then interpret results for the non economist?

BW: I think at its base it’s understanding what an impact analysis is. At the basics, what input-output analysis is, and what that multiplier really means, why this is different than just saying “industry produced X in value.” I think that’s kind of at the base. And then the next level is understanding what this particular study measured and how that compares with other things. I often see people compare one economic impact study to another and they’ll act like they can just line up the two numbers when, well, this one was done in a different way than this one. I think that’s a little nuanced. It’s particularly hard for reporters who are kind of working on deadlines, but that’s the next level of what did this really measure and is that really comparable to if you’re trying to line it up with other things.

TF: What’s generally the lead time between commissioning a study, publishing, and seeing change in the industry as a result?

BW: It really varies. And again, this is really just one piece of the puzzle. You know, changing anything in the political process is challenging. This is not the thing that alone moves the needle but it is part of telling that story of value creation and job creation that small brewers have. Doing this consistently has helped, too. It’s helpful not just being reminded of that impact but seeing it grow over time as the industry has grown. It’s hard to pin down a specific lag time and it’s in conjunction with a whole bunch of other factors that you’d have to control for, but I think that consistently telling that message again and again and seeing that growth over time helps when you’re trying to use these stories to affect change.

DOWNLOAD CASE STUDY
You can read more about the Brewers Association’s story in our case study “Raising the Bar: How Craft Brewing Revolutionized an Industry” and catch up with the latest from the craft brewing industry at BrewersAssociation.org/statistics/economic-impact-data/>.

TF: Is employment the magic number?

BW: That seems like the one that’s used the most. When you start talking about billions in economic impact I think it’s hard for non economists to fully appreciate what that means, how it fits in. If this is the overall beer industry, then for the overall industry there’s the Beer Institute with the Beer Distributors of America study—they can talk about what percent of GDP that is. Our small brewers aspire to that someday. But for now we’re giving big numbers because it is a big impact. But that jobs number is the main one because our members are beautifully inefficient and they create a lot of jobs relative to the value that they’re producing. And that’s one that I think a lot of lawmakers care about because there aren’t as many manufacturing industries that have added as many jobs as small brewing has in the last couple of decades.

TF: What advice then would you have for other associations that are realizing that they might have a collective economic story to tell about how to get started?

BW: Honestly I think it’s mostly a resources question. When you have the resources to allocate to this it is one effective piece. It’s not going to be this thing that you do first if you don’t have any staff members who are just tracking the industry, then it’s going to be hard to do an economic impact analysis. So there are base pieces that you need in terms of just gathering the data, having a mechanism to tell that story to lawmakers if you don't have an executive director or a lobbyist or somebody who can convey these numbers then having a study that isn’t going to get pushed out isn’t going to do any good. But I think once you have some of those base pieces in place then it is a valuable tool, it’s something we’ve found helpful. That’s the point at which you can add a little more sophistication to your study, a little more rigour.