Technology has been scary lately if you’re employed in manual labor.

Every few weeks in the news cycle it seems as though apocalyptic headlines like “Technology could kill 5 million jobs by 2020 ” or “Robots will destroy our jobs – and we're not ready for it ” creep above the fold.

This isn’t a new scenario. Economists have been busy studying the intricate relationships between markets, wages, production, and technology for decades. That being said, there are more factors at play than merely saying the relationship of technology to manual labor is simply an inverse one.

These headlines may be exaggerated, but they are based on economic studies. However, the headlines don’t safely outline all the forces in play when it comes to the phenomenon of technological advancement.

As attention-grabbing as the verbs “kill” and “destroy” are… “affect” and “shift” are more appropriate.

With that in mind, let’s rewrite those earlier headlines: “Technological change has affected regional economies in two primary ways: shifting jobs and wages.”

Let’s begin with my personal introduction to this topic. The Financial Times article “Most US manufacturing jobs lost to technology, not trade” references a study , conducted by Ball State University, that I first heard about last year at IECD in Toronto.

That was a pretty remarkable finding to me, considering the most common political discussions about unemployment are centered around the ramifications of NAFTA and threat of US companies moving production facilities to Mexico.

That study was all it took to hook me, before I said to myself: “Okay, I’ll bite. Onto the research phase.”

Media outlets and politicians aren’t the only ones covering technological disruption in the job market. Economists have been studying countless segments of this topic—or over 300 unique studies on EconLit if you’re counting—under the umbrella of a term labeled, skill-biased technical change.

The New Palgrave Dictionary of Economics defined skill-biased technical change as “a shift in the production technology that favours skilled rather than unskilled labour by increasing its relative productivity and, therefore, its relative demand.” For an analogy, think of a textile plant wanting to hire a person who can operate and maintain a cotton gin, as opposed to someone who can pick the seeds from the cotton boll by hand.

The dictionary entry also adds an interesting note: “Traditionally, technical change is viewed as factor-neutral. However, recent technological change has been skill-biased.” That last clause is important.

For this example, let’s look at logging. In the early 20th century, loggers were primarily using hand saws to harvest trees, before the chainsaw became widely adopted around the middle of the century. 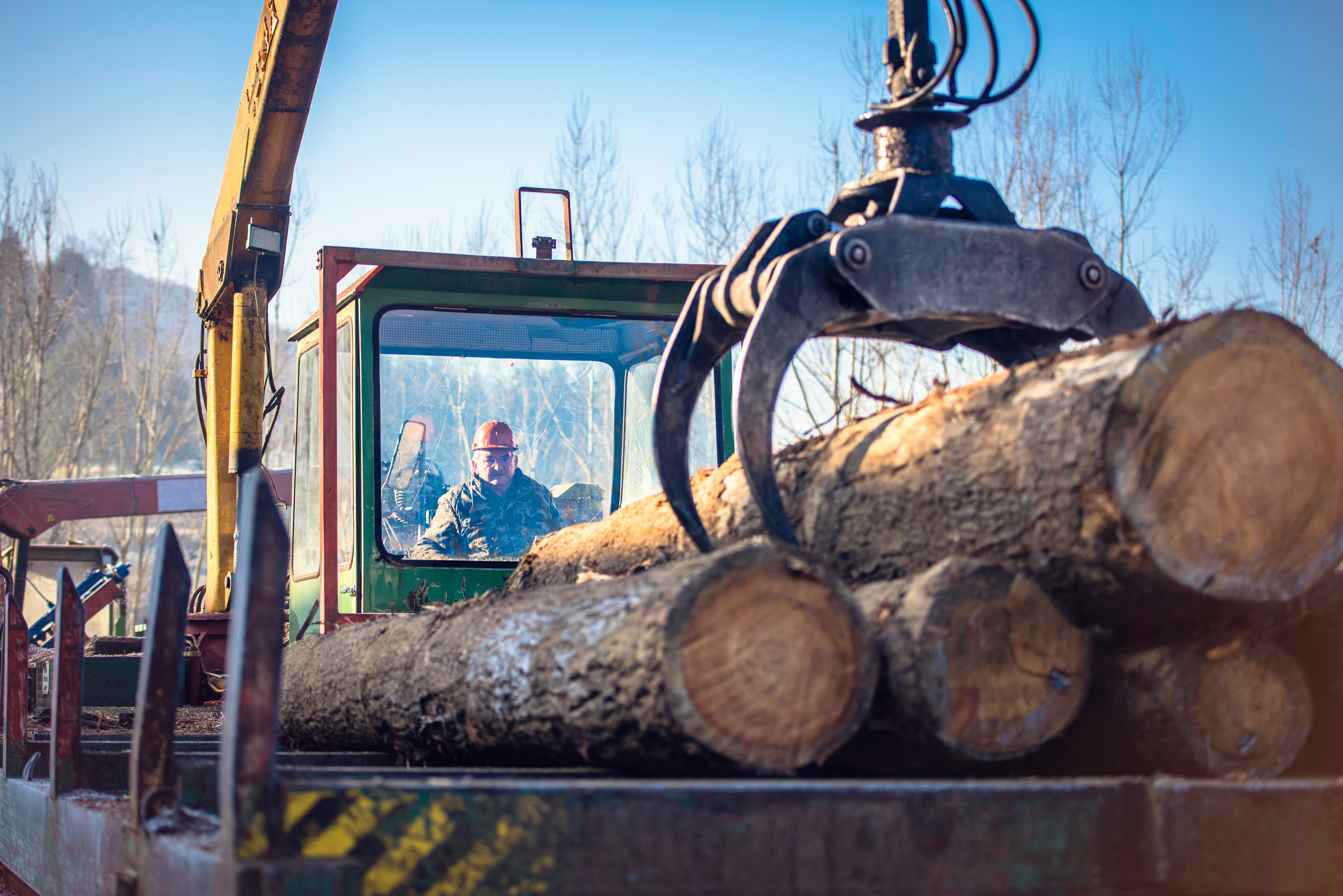 Fast Forward to the beginning of the 21st century and now industrial logging has progressed to the use of crane mounted grapple saws, requiring a whole new set and advanced level of motor-skills to operate.

That basically outlines the rapid disruption technology has created in the logging industry, like many others, over the past century. Add in the fact technology has become cheaper and you get enough of an increase in production output to offset the additional cost of hiring a highly-skilled employee, like a grapple saw operator. I’m no mathematician, but when increased change in production output is greater than the increase in cost of production, you have profit (↑∆Production Output > ↑∆Cost of Production = $). Thus, the existence of skill-biased technical change.

Okay, no, that’s not a real mathematical equation... but you get the point and I think it looks cool! Anyway, we’ve established what SBTC is. So what happens when businesses adopt new technologies and skill-biased technical change occurs?

The Effects of Skill-Biased Technical Change

Let’s go back to our Ball State University manufacturing study from earlier. 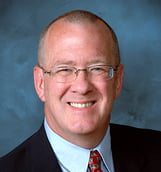 On the heels of the U.S. President Trump’s Carrier Deal in Indiana late in 2016, one of the authors of the study, Michael Hicks, Ph.D., scored an interview with NPR where he provided some additional context to his research:

SCOTT SIMON, HOST: “Are new jobs being created by automation?”

MICHAEL HICKS: “To be sure, they're harder to see, but the entire tech industry is really fueled by the need for factories and for service providers to have more technology. And then, you know, of course, logistics - between the time that manufacturing peaked in 1977 and today, we're down about 7 and a half million manufacturing jobs, but we're up about 9 and a half million logistics jobs.”

So, for the state-level region, the net employment rate seems to have risen, despite the decrease in the manufacturing industry. However, this study was solely focused on the state of Indiana. What happens when we broaden our horizon and look at a national level?

Remember those “countless studies” on SBTC I alluded to in the intro? Yup, let’s grab another out of the bag.

In a 2012 study conducted on behalf of The University of Bonn Institute for the Study of Labor (IZA), Marco Vivarelli boiled down the effects of SBTC into two primary categories: Wages and Employment.

“In accordance with different institutional systems and different degrees of flexibility of the labor markets, economies have shown a dominant role either of the “employment effect” or the “wage effect.” In particular, an increase in wage differentials between skilled and unskilled have been registered in the United States (Autor, Katz, and Krueger, 1998) and in the United Kingdom (Haskel and Slaughter, 1998), while in the continental European countries, for example, France (Goux and Maurin, 2000), Germany (Abraham and Houseman, 1995), Italy (Casavola, Gavosto and Sestito, 1996), and Sweden (Hansson, 1997), the increase in wage differentials has been more limited.”

So a wage disparagement effect occurs as a result of SBTC, with the variable being which geography (in this case country) you’re studying. He goes on to add:

Symmetrically, in the European countries, there has been a greater impact on employment figures, with higher unemployment levels at least partly due to the reduction of the employment of the unskilled workers.

This is where the employment effect kicks in. Vivarelli noticed in a handful of European Union countries, the increase in “higher skilled” workers caused job loss of “unskilled workers” in the scope of the national economy overall.

Vivarelli wasn’t alone in his findings.

His conclusion echoes an oft cited quote from a 1994 study conducted by Nobel Prize winning economist Paul Krugman. According to Krugman, "the European unemployment problem and the US inequality problem are two sides of the same coin.”

In his paper, Krugman addresses that skill-biased technical change could account for

“In the economist's sense, then, the growth of earnings inequality in the United States—and quite possibly therefore much of the rise in structural unemployment in Europe—has been the result of technological changes that just happen to work against unskilled workers.”

However, he admits the answer is unsatisfying due to a variety of non-technological variables that could also play a role in the employment change, like international trade. This is another rabbit hole of research, so for the sake of progress, let’s save this topic for another time.

Krugman frames the question another way as ”...what is changing in the way that we produce goods and services that has apparently devalued less skilled workers?”

Survey says… (Krugman): “The short answer is that we don't know. There are, however, several interesting albeit conflicting pieces of evidence.”

Hence, sparking the next 20+ years of research through today and prompting the studies authored by Vivarelli and Hicks we mentioned earlier, and many more. Oh come on now you didn’t think it would be that easy, did you? Economics is a science for a reason!

Sure, the variables are ever-present and continually shape-shifting. Yet, if we can take what we know, that the ongoing trend of technology is placing a higher premium on higher skill sets and that technological advancement and computerization is happening at a rapid rate, one can only ask, “What’s next on the horizon?”

Tell Me What I Want To Hear

All in all, studies continue to be conducted into the driving forces of skill biased technical changes, as well as alternative reasoning for the trending changes in employment and wage disparagement.

The research will shed more light into these areas in the coming years, providing more breakthroughs and sensational news headlines to follow. However, in the meantime, keep in mind the essentials to consider when you read the next technological study on employment.

Oh and, no, you probably don’t have to worry about IBM’s Watson or Amazon’s Alexa becoming the bread-winner of your family… yet.