Things That Can Go Wrong with Mixed-Use Development Projects

Many fail and few succeed when it comes to breaking ground on development projects as complicated as those in the mixed-use category. Some languish, some fail, and others suffer hostile take-downs. Still, there are a handful of foreseeable pitfalls which you can easily dodge while in the planning phase of a project. Here are a few of these traps that we’ve observed and how best to avoid them.

Not Starting with All Right People

Include as many relevant people as possible early on in the process for zoning and design—including local government representatives and neighbors. All too often it’s the very difficult and expensive factors that can alter project plans late in the process which could have been caught at the get-go. 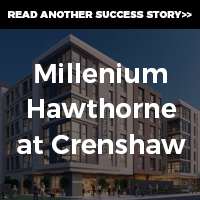 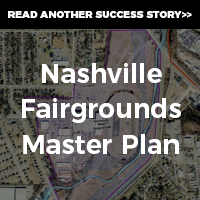 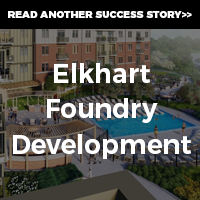 Easements, water-use restrictions, and zoning are usually top-of-mind for most developers but each site comes with its own baggage. For example, take parking requirements. Parking controls within a development zone can vary relative to the type of business that occupies a unit. Generally speaking, more parking is required for dining establishments because customers tend to spend more time onsite than they would if they were visiting a retail business like a convenience store. For the sake of long-term viability of the development, you’ll do future tenants a favor if there’s enough parking available for a variety of changing business types as the project matures. Residential parking layered on top of all this only further complicates things.

The need for a multidisciplinary architectural firm is critical in these situations. The very nature of mixing retail, dining, living, public space, and any other specific use that a property must provide requires significant and specialized expertise. Your best bet for projects like these is to find architects that specialize in mixed-use projects. But when those are in short supply, here a few things to ask about when vetting a potential firm.

1. Find an architect who thinks about the ground

While scale models and birds-eye renderings work so well in selling people on the concept of a development, it’s ultimately the way in which people interact with a structure from the ground level (environmental activation) that determines how vital a project will become to an urban core. This idea is deceptively simple.

Urban planners crossed paths with psychologists somewhere along the way and found that the arrangement of buildings or even the disrepair of windows can adversely affect the survival of a project. St Louis’ Pruitt-Igoe housing complex offers perhaps the starkest example to this effect.

Architecturally successful design, however, is still within reach. Researchers have identified key factors which contribute to a city’s social and economic health. In some cases, a project’s design and commercial mix can so predictably dampen crime that developers argue that their projects’ resulting population growth won’t create an added burden to existing law enforcement.

2. Find an architect who welcomes constraints

Uninteresting architecture, building height restrictions, or arcane ordinances (check into “controls” on business types which dictate things like whether big box stores are allowed in your commercial zone) can hurt the overall character of the project. But very often it’s these seemingly suffocating constraints that lead to beautiful results. The key is to find the architect who can make a site’s constraints work for rather than against them.

3. Find an architect who understands that architecture isn’t permanent

While an architect may specialize in award-winning restaurant spaces or another might be a retail aficionado, the long-term success of mixed-use places depends on their adaptability in the long run. Practically speaking, this means opening up as many points of egress as possible, installing more electrical and mechanical supply than dictated by code or convention, and a generous floor to structure dimension. Fortunately, there’s substantial literature on the subject.

The prevailing and beguiling theory behind almost every mixed-use development is that commercial and residential tenants will complement each other and foster a safe and vibrant community. But in practice, as is the case with naturally-occurring communities, this sort of balanced civic harmony takes years to achieve.

One of the mortal sins a development or management company can commit is making the commercial tenanting the driving factor of profitability from the get-go (at the expense of the project’s feasibility). Or, in other words, just because you’ve got units to fill and a potential commercial business that can afford a lease doesn’t mean that you should blindly sign away the space. Unhitching the financial stability of a project from being significantly based on commercial leasing frees managers to be selective of tenants for the right mix rather than be desperate to fill spaces. It also opens opportunities for property and city managers to have a dialogue about a long-term re-tenanting plan that can increase the property value in a neighborhood.

Not Getting the Right Data Fit

This is a crucial step, and is one that is often tackled prematurely. Analysts who are eager to start researching will often adopt an analytical tool, have a few (usually incomplete) pieces of data, and then begin their analysis with the hopes that they’ll “figure out the rest as they go.” Doing so can prove to be a huge hindrance in later stages because there are many objectives which cannot be met using certain tools. Analysts who commit to an analytical tool before fully understanding what they want out of their analysis run the risk of finding out (often too late) that the tool they’re using is not the best fit for their study. Here are the most frequently used industry standard tools which lend credibility to your economic impact analyses:

The Regional Input-Output Modeling System (RIMS II), a regional economic model, is a tool used by investors, planners, and elected officials to objectively assess the potential economic impacts of various projects. This model produces multipliers that are used in economic impact studies to estimate the total impact of a project on a region.

The idea behind the results of RIMS II is that an initial change in economic activity results in other rounds of spending—for example, building a new road will lead to increased production of asphalt and concrete. The increased production of asphalt and concrete will lead to more mining. Workers benefiting from these increases will spend more, perhaps by eating out at nicer restaurants or splurging more on entertainment.

The combination of IMPLAN’s impact data and analytical software provides analysts with the most complete and comprehensive picture of any economic impact and its effects. The underlying economic impact data is constantly being vetted by industry-leading economic research analysts. In addition to economic indicators regarding production, employment, final demand, and more, in a selected region, much of IMPLAN’s data includes trade flow information, giving users special insight into how goods and services move between economies. Also, the data has a reputation as the most trusted in the industry and is endorsed by the National Resource Economics Handbook.

No matter the scale of you project or investment, its success is shaped by its earliest steps. While the pitfalls listed here aren’t exhaustive, they will open lines of inquiry that will lead you to the sorts of crucial conversations to have while laying the groundwork for your development projects.