Barely more than a year ago, e-scooters suddenly flooded city streets across the country. But their presence wasn’t always met with enthusiasm. Antagonistic cities and towns cited public health concerns, street congestion, and even harassment as cause for banning the popular short-trip transportation option altogether.

But when e-scooters’ ridership goes up, alternative ridership must go down (right?). Here’s a very rudimentary net economic impact analysis to illustrate how one might go about estimating the economic significance of introducing e-scooters to Portland.

Anyone with more ridership data and a more rigorous methodology could dive deeper into the dynamics of altering transportation options within their city limits.

We’ll take a look at the economic impact of “juicing up” e-scooters—the collecting and charging of e-scooters overnight is the primary local impact of e-scooters as manufacturing is likely take place outside of the region. In order to compare apples to apples within an annualized data set, we’ll have to adjust the data reflecting the short-term e-scooter pilot period to hypothetically represent a year’s worth of e-scooter activity (assuming the 4-month’s worth of ridership would remain constant across the year). 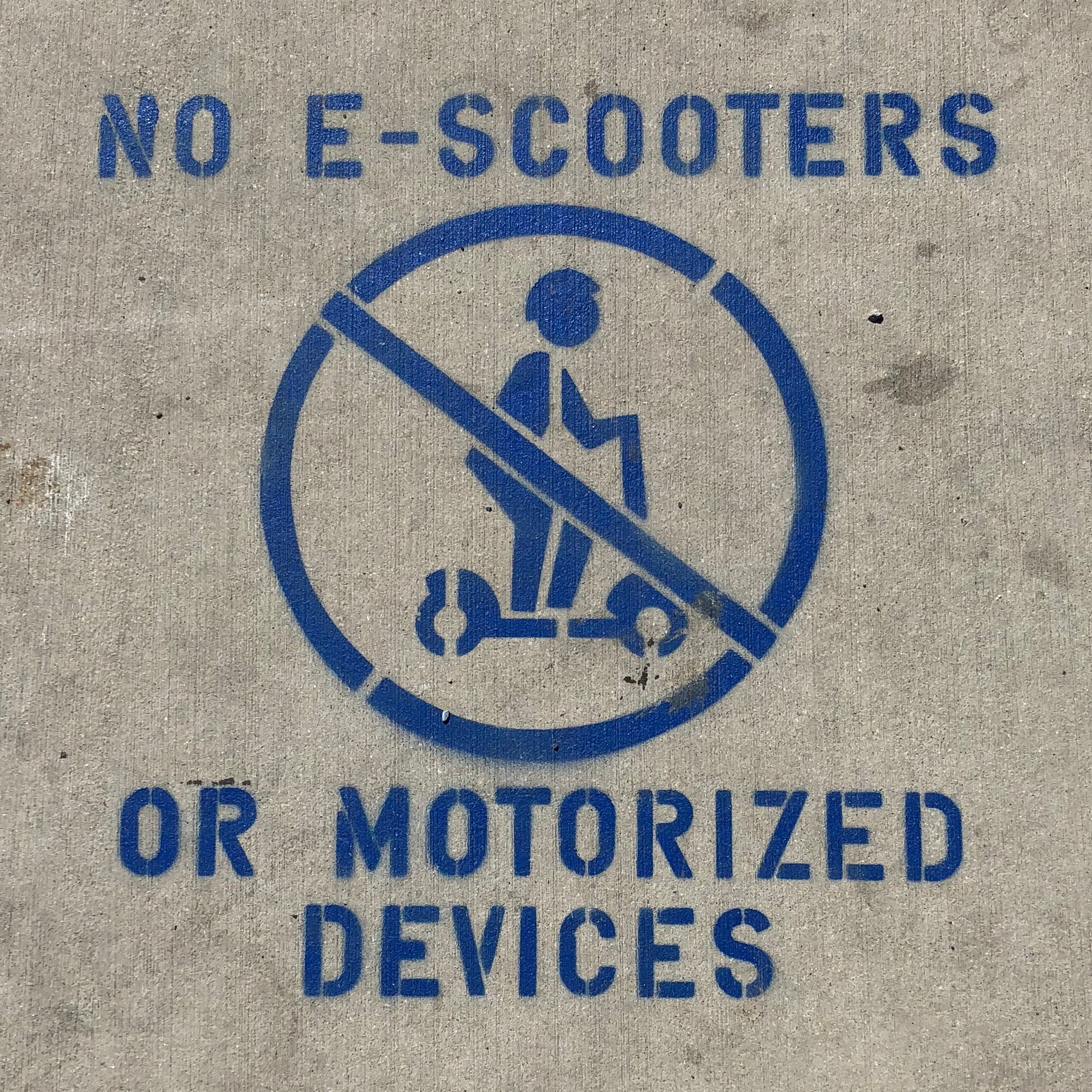 Here in Part 2, we're taking a basic look at how to model the potential economic impact of e-scooters. For more on what's changing in the e-scooter economy, check out Economics of E-Scooters: Part 1.

Over the course of the 4-month pilot period, e-scooter companies paid local contractors $643,000. Because we’ll be comparing e-scooter’s effect on Portland to other annual transportation data, our input for IMPLAN sector 507 (Commercial and industrial machinery and equipment repair and maintenance) is $1,929,000 Labor Income ($643,000 per 4 months × 3.

To calculate the net loss in sales to TriMet, Portland’s public transit authority, based on the number of rides lost as a result of scooters’ introduction to the study area, we’ll take the total annual scooter trips, factor out an estimated number of trips totally lost to public transportation, estimate the average cost per ride for TriMet, and then estimate the value of those lost trips in terms of sales to TriMet.

First, the number of trips taken on e-scooters during the 4-month pilot program was 700,369. Of those, ~15.82% substituted TriMet services for scooters. Assuming that e-scooter ridership isn’t seasonally affected, this works out to about 332,395 trips lost annually to TriMet.

To calculate the loss in sales for each ride, we’ll take the total revenue from fare sales divided by TriMet’s reported number of annual trips. This looks like $56.9M 2018 FY Fares/100,000,000 rides = $.57 average cost/trip on TriMet. You’re right for thinking that 57¢ for a bus ride seems anachronistic at best. Oregon heavily subsidizes TriMet as part of its economic development initiatives. The legislative logic posits that cheaper transportation gets more people to work and attracts more workers to urban areas. Layered on top of those subsidies are several reduced-fare options for senior citizens, low-income commuters, and students. So, although small, the loss in revenue per ride can add up.

Portland may see an estimated increase of $6.5M as a result of new activity in the Commercial and industrial machinery and equipment repair and maintenance Sector responsible for collecting, charging, maintaining, and redistributing scooters around the city.

The estimated annual monetary loss in sales to TriMet as a result of riders abandoning public transportation in favor of scooters is around $.5M. Portland may see a loss of nearly 5 job-years total in its economy, which is really fractions of jobs across many industries and may be felt as fewer shifts or hours worked.

Even though an analysis like this shows how positive and negative impacts can be estimated, compared, and even combined when evaluated more thoroughly than what was done in this analysis, it’s at this point that I have to heavily underscore that cherry-picking and pitting two economic factors against each other is (I admit) methodologically reckless. By no means do these two tables paint a complete portrait of the potential scooter landscape in Portland.

For instance, according to the survey, most commuters used scooters in addition to their regular TriMet rides, relying on the scooters to get them to and from stations and bus stops a little bit faster.

There’s a whole lot else going on as well. For starters, net impacts would affect other modes of transportation and combinations of transportation types throughout the city. Broadening the survey may find that scooter riders make more stops to buy water or coffee. TriMet may actually see a net benefit if the annual decreased cost of wear and tear from fewer riders outweighs the loss in sales (also, TriMet probably won't change its bus schedule). And what about trying to capture the increase in residential and commercial electric power usage as a result of juicers bringing scooters home or to a charging facility?

Anyway, you get the idea. Calculating the impacts is the easy part. The inputs and assumptions you make along the way are the things that will most drastically affect your results of the estimated impact of whatever economic activity you are analyzing.

Not all impacts are economic. Portland took care to look into environmental and health effects which resulted in the aggregated shift of transportation modes.

According to the Report

“QUESTION: Do e-scooters prevent serious traffic injuries and fatalities? What are the safety impacts of e-scooters?

“ANSWER: During the pilot period, scooter-related injuries increased however most scooter injuries were not severe enough to warrant emergency transport. There were no e-scooter-related traffic deaths during the pilot period. Eighty-four percent of emergency room visits were the result of an individual falling off a scooter. The high number of public complaints regarding sidewalk riding, coupled with the 3 percent of injuries resulting from collisions with pedestrians, suggest an impact to pedestrian safety and comfort. National data has found that when vehicle miles decrease, serious injuries and fatalities also decrease. With 34 percent of Portland scooter riders stating they replaced car trips with e-scooter trips, an increase in e-scooter use has the potential to contribute to a reduction in serious injuries and fatalities.”

Although oversimplified, this analysis (at the very least) illustrates that estimating the impact of any single economic activity is rarely one-dimensional. But that doesn’t mean that surveys and studies similar to those which quantified Portland’s pilot scooter program can’t inform careful economic inquiry. The more facts and figures you can gather to clarify or displace assumptions, the closer you’ll get to an accurate estimate of how an economy might benefit from a new service like e-scooters.